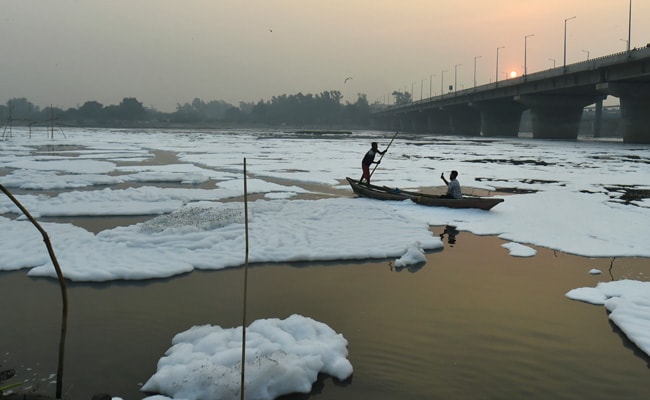 The Delhi Assembly on Thursday accredited the supplementary grant of Rs 1,028 crore for the undertaking of cleansing the river Yamuna and Delhi Jal Board within the nationwide capital.

While presenting the proposal, Mr Sisodia stated, “The LG made every possible effort to stop the work of cleaning the Yamuna by putting pressure on the officers. Despite the budget being approved by the House, the works of the Delhi Jal Board were stopped. They tried to stop the projects earlier. When the projects did not stop, they stopped the funds, but the work of cleaning Yamuna is still on.”

“To ensure the cleaning of the Yamuna in the stipulated time, an additional fund of Rs 1028 crore is being given to the Delhi Jal Board to expedite the work of cleaning the Yamuna. CM Arvind Kejriwal has said that Yamuna will be cleaned before the next elections at any cost. The Delhi government is working on a war footing in this direction. Chief Minister Arvind Kejriwal himself is keeping a close watch on the work of cleaning drainage and sewage treatment plants in Delhi,” he added.

Besides the extra grant for cleansing Yamuna, to extend the tempo of progress of Delhi and expedite the works of public curiosity, the Delhi Assembly has additionally given a further fund of Rs 100 crore within the Mukhyamantri Sadak Yojana for the yr 2022-23, Rs 49 crores for trans-Yamuna space work, about 800 crores extra funds to PWD for street upkeep, development of extra lecture rooms, re-modelling of hospitals and so on., and Rs 75 crores for irrigation and flood management division.

The home additionally accredited the supplementary grant of Rs 8 crore for Chhath Ghats, a further quantity of Rs 25 crore for giving Rs 1 crore honorarium to those who made supreme sacrifice, a further Rs 50 crore for Mukhyamantri Teerth Yatra Yojana, Rs 75 crore for SCST Welfare, 50 crores for DGHS, Rs 364 crores for hospital fund, Rs 78 crores for increased schooling, Rs 199 crores for Samagr Shiksha, Rs 130 crores for the uniform subsidy, Rs 114 crores for mid-day meal scheme, Rs 60 crores for the regulation division, Rs 10 crore below the federal government’s scheme for the betterment of attorneys and Rs 311 crores for varied works of Delhi High Court and Civil Court.