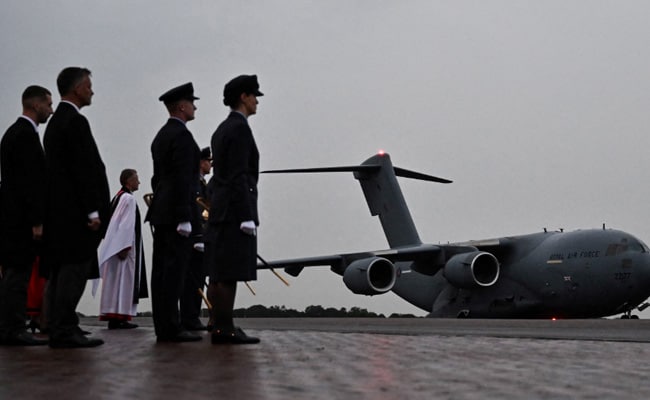 Queen Elizabeth died on 8 September in Balmoral Castle in Scotland.

The Royal Air Force aircraft carrying the coffin of Queen Elizabeth II arrived in London on Tuesday after being flown from Edinburgh, accompanied by her daughter Princess Anne.

The C-17 Globemaster aircraft, just lately used for help missions in Ukraine, arrived on the Northolt airbase at 6:54 pm (1754 GMT) forward of her funeral within the British capital on Monday.