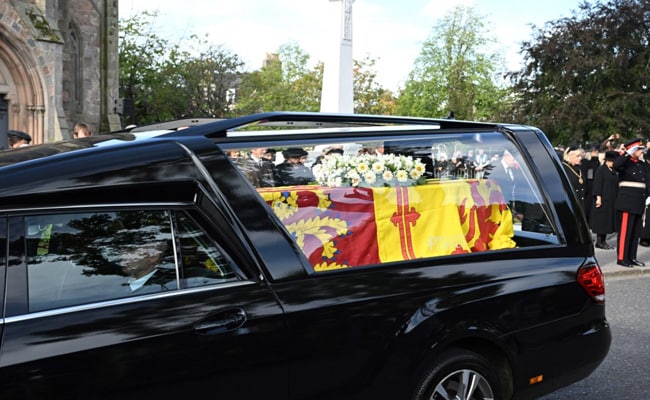 The state funeral for Queen Elizabeth can be held on September 19. (File)

The coffin carrying the physique of Queen Elizabeth II left her beloved Balmoral Castle on Sunday, starting a six-hour journey to the Scottish capital of Edinburgh.

The seven-car cortege carrying the oak casket – draped with the Royal Standard of Scotland – left the gates of her Scottish property at 10.07am (0907 GMT).