Say No To ‘Hindi Diwas’, Ex Chief Minister HD Kumaraswamy To B Bommai 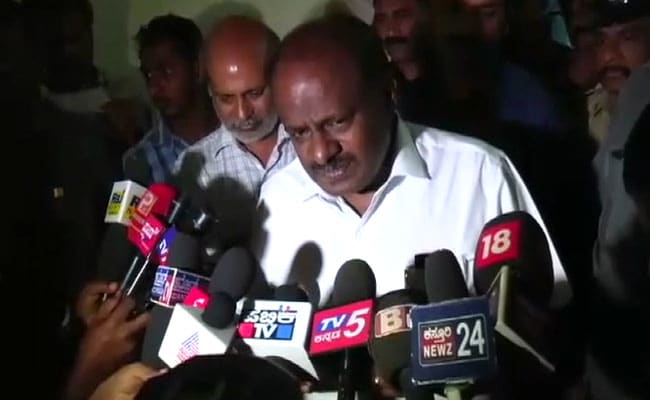 JD(S) chief HD Kumaraswamy has written a letter to Karnataka Chief Minister Basavaraj Bommai on Monday, urging his authorities to not have a good time ‘Hindi Diwas’ by utilising the taxpayers’ cash.

The former Chief Minister stated that forcefully celebrating Hindi Diwas, which occurs to be on September 14, would quantity to “injustice” to the folks of Karnataka.

“Celebrating the Union government-sponsored Hindi Diwas programme on September 14, forcefully in Karnataka, will be an injustice to Kannadigas by the State government. I urge that for no reason Karnataka government should celebrate Hindi Diwas by utilising the State’s taxpayers’ money,” Mr Kumaraswamy stated in his letter.

Noting that 1000’s of languages and dialects, over 560 princely States, and numerous social and cultural practices make India a “great union”, he stated, “In such a land, celebrating one particular language is injustice…”

Earlier, Mr Kumaraswamy had opposed the Hindi Diwas celebrations, stating that it holds no that means for these whose mom tongue shouldn’t be Hindi, and demanded it’s scrapped.

There was a large-scale social media outrage, additionally protests by pro-Kannada organisations to Hindi Diwas final yr, calling it “imposition of Hindi”.